Studying in CanadaBest Universities in Canada 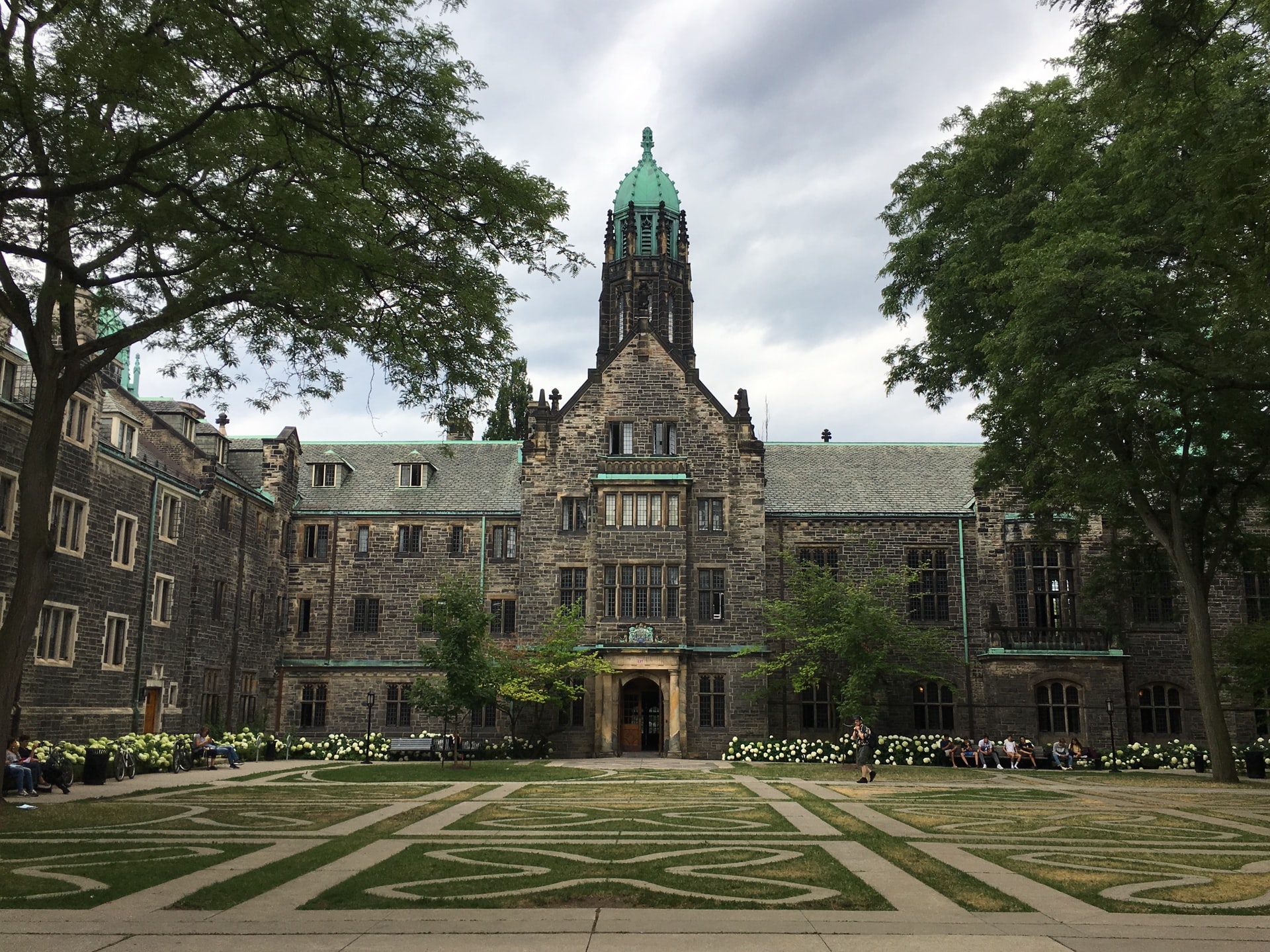 Canada is well known for its education system, offering some of the best private universities as well as public ones which rank highly on the global scale. Their reputation is closely related to the outcome of the earned degrees, international students find some of the best careers after the completion of their studies in some of the best universities in Canada. The bachelor’s, master’s, and Ph.D. degrees offered at Canadian universities attract the largest number of students from all around the world. The perfect return on investment is the global recognition of the degree. This way, whenever you move, you are guaranteed a prospective career, which means paying for tuition fees and other expenses during your studies will benefit you doubly.

Here are some of the best universities in Canada:

The University of Toronto is worldwide renowned for the quality of its education, discoveries, and knowledge produced by its several research faculties. Located in Toronto, U of T was established in 1827 and since then has been a persistent learning institution. International students can enjoy the academic journey by collaborating with prominent thought leaders via a diversified network of teaching and research faculty, alumni, and partners. Its three campuses are renowned for their history of ground-breaking discoveries and creative teaching, which prepares individuals with a complete global education and transformational academic experience.

UBC has an early foundation, it started in 1908 as McGill University College of British Columbia and has a highly qualified academic authority, being a major university not only in Canada but worldwide. The main goal of this university is to provide students with technical skills and an understanding of current research trends, thus allowing them to deepen their knowledge in a specific field of study. As a broad and remarkable institution, around 500 bachelor’s and master’s degrees are available in areas such as business and technology management, information technology and applied technology, liberal arts, and sciences, as well as languages and translation.

The oldest university in Montreal, McGill University is the pioneer in the field of public research. Interestingly, the discovery that atoms can be split, the first map of the brain’s motor cortex, and the creation of Plexiglas are all merits of McGill. This higher education institution is quite broad, it has 11 faculties which all have their individual schools, in total making up 300 buildings. A special focus is put on the medical faculty, which has raised the importance of McGill University on international scale. McGill contributes significantly to the development and transmission of knowledge by providing the greatest possible education as well as conducting research and intellectual activities.

Senator William McMaster established McMaster University in the city of Toronto in 1887. McMaster University, one of Canada’s fourth institutions to be listed in the world’s top 100, offers innovative educational programs through its massive six faculties. McMaster University has a well-deserved reputation as a hub of discovery and invention, with some of the greatest brains and laboratories in the country. A distinguished feather of McMaster University is the unity of students, staff, and faculty researchers, who work towards the creation of better possibilities for technological inventions as well as environmentally-friendly projects.

The province of Alberta has a noteworthy scientific hub called the University of Alberta, established in 1908. The University of Alberta is a large institution, with 18 faculties spread among five campuses, four in Edmonton and one in Camrose, as well as other unique sites around the province. In line with Edmonton’s French-speaking community, the university provides French teaching through the Faculté Saint-Jean, which offers courses in the arts, sciences, education, business, engineering, nursing, conservation, and environmental sciences. Native studies programs found at the U of A allow students to study about the aboriginal experience, which can’t be found in any other Canadian university.

The University of Montreal, located in Quebec, is an extraordinary leader in higher education. Throughout the years, it has received several honors for its extensive research efforts. The University of Montreal is one of North America’s major university complexes, including associated institutions such as Polytechnique Montreal (engineering) and HEC Montreal (business). Furthermore, Montreal has a number of partnerships with educational institutions that ensure student mobility. The Université de Montréal’s 13 faculties and schools encompass every aspect of knowledge, from music to natural science, law, humanities, and health. Montréal, one of the world’s top ten university cities, is an attractive trait of UdeM.

Known as one of the top research-intensive universities in Canada, the University of Calgary generates innovative ideas and knowledge that promote the importance of education. Founded in 1966 and situated in the province of Alberta, this university draws thousands of international students into its undergraduate and graduate programs. By operating 50 other research institutions, the University of Calgary offers its students a lot of opportunities in the fields of engineering, law, medicine, arts, and business. You will get access to experienced researchers and faculty members, cutting-edge laboratories and classroom equipment, and outstanding teaching and learning tools if you study at this university

At the heart of Canada stands the University of Ottawa which was founded quite early, in 1848, and is a contributing institution to the quality of education in Canada. Its unique nature has benefited many students. Students get to commit to their academic achievements by studying either in English or French. The University of Ottawa and its related hospital research centers are well-known innovators. Photonics, vascular and cardiovascular health, brain and mental health, Francophonie, public policy, and social justice are all areas where the University of Ottawa’s researchers are global leaders. uOttawa encourages dynamic research cooperation and utilizes Ottawa’s government laboratories, industry, and policymakers through its 23 research centers and institutes, spanning colleges and disciplines.

This university requires international students to meet some of the most common admission criteria that are quite generic, such as language proficiency tests. The University of Waterloo attracts the finest and brightest students because of its renowned academic programs, world-class co-operative education, and teaching/research excellence. It offers the chance to work with and be raised by a world-class peer group. According to the United Nations’ Sustainable Development Goals (SDGs), Waterloo ranks second in Canada in terms of social and economic effect, which is a remarkable achievement. As a Waterloo student, you may incorporate up to two years of relevant job experience as part of your degree through the world’s biggest co-op program.

Western University, founded in 1878, is considered among the finest higher education institutions in the world.  Even though it was founded in 1878, it did not obtain the authority to grant degrees in Arts, Divinity, and Medicine until 20 June 1881. The university’s name was changed to The Western University and College of London, Ontario in 1882. As a founding member of the U15 Group of Canadian Research Universities, it has been the most eminent institution among many others. It comprises 12 faculties in total, including the School of Graduate and Postdoctoral Studies and professional programs in Medicine, Business, Law, and Engineering. International students can choose from over 400 undergraduate majors, minors, and specializations.

Here are the best private universities in Canada:

Canadian Mennonite University is an innovative Christian institution founded in the Anabaptist faith tradition, motivated and transformed by Jesus Christ’s life and teachings. As a liberal arts university, it offers accredited 3- and 4-year bachelor and graduate degrees. There are around 19 undergraduate majors, such as History, Music, Biblical and Theological Studies, Communications and Media. On the other hand, it offers graduate degrees in Divinity, Theological Studies, and in Christian Ministry, to name a few.

Founded in 1942, Fairleigh Dickinson University is an intellectual powerhouse devoted to preparing global citizens via global education. Each University campus has its own distinct personality and vigor. Students benefit from attending a large institution that provides a diverse choice of majors and courses. FDU provides over 100 associate, baccalaureate, master’s, and doctoral degree programs. It provides a broad variety of courses, complemented by the breadth and depth of each faculty’s knowledge.

Columbia University, which was founded in 1936, is Canada’s oldest international not-for-profit college. For many years, Columbia University has been supporting international students by offering first and second-year university courses that lead to an Associate Degree. In addition, Columbia College provides High School programs, including a British Columbia Ministry of Education Certified Senior Secondary Program and an English for Academic Purposes Program, recognized by Languages Canada.