Studying in CanadaBest Universities in Canada for Physics

Best Universities in Canada for Physics 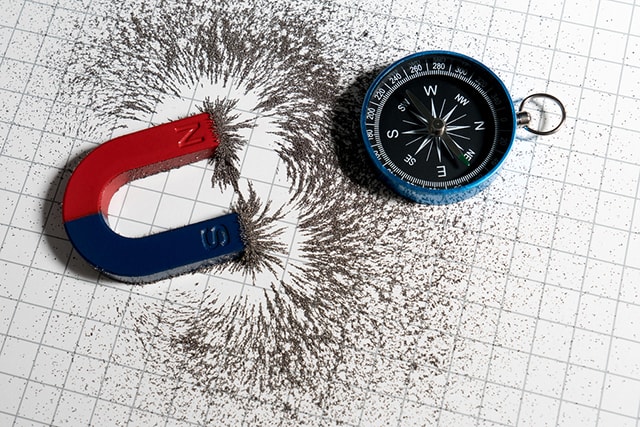 The list of the best universities for physics in Canada will not be fulfilling without including a brief description of the program of physics. Picking physics as your major means that you will study the big concepts of the universe down to the microscopic elements on it.

As an educational hub, Canada produces a list of exceptional universities in the majority of its provinces and territories. Coming to Canada with the aim of enrolling in a physics study program will have you consider student expenses.

However, it will all be worthwhile, since the quality of the education together with the excellent physics programs found in the best universities for physics in Canada will equip you with in-demand skills regarding this field.

Here are some of the best universities in Canada for physics:

The University of Toronto is committed to building enormous accomplishments and continuously improving its research and education quality. As one of the most prominent universities in Canada, U of T places the rights of human beings on the top of the hill, by creating a comfortable place for freedom of speech, academic freedom, along with freedom of research. As an international student, you will be amazed by the world’s top faculties of Toronto, especially the Faculty of Arts and Science. The Department of Physics in the Faculty of Arts & Science is housed in the McLennan Physical Laboratories at UTSG in downtown Toronto, and all undergraduate programs are provided on the St. George campus.

The tri-campus Graduate Department, which comprises professors from all three campuses, offers the Physics graduate program on a tri-campus basis. Graduate professors at UTM belong to the Department of Chemical and Physical Sciences (CPS), whereas graduate faculty at UTSC belong to the Department of Physical and Environmental Sciences (DPES). The department in name in collaboration with the Research Faculty conducts research in a wide array of related fields. Studying physics at the University of Toronto channels you to Canada’s most active groups in elementary particle physics and relativity.

McGill University is all about the advancement of learning as well as the creation and dissemination of knowledge, moving at a fast pace towards the evolution of research methodologies. Apart from the merits of the educational aspect of McGill University, it is also known for attracting some of the most exceptional students from all over the world. Related to this, McGill University offers an ideal opportunity to the prospective international student wishing to study here, by providing the McGill Scholarships, which are two types: One-year scholarship and Major scholarship.

The faculty of Science is the place from where the Department of Physics stems. The Equity, Diversity, and Inclusion (EDI) committee, which is made up of students, postdoctoral fellows, staff, and faculty members, is one of the most admirable aspects of the Physics department. Its goal is to promote a safe and inclusive working environment. The Honours and Major programs are the two primary undergraduate programs in Physics at McGill. The Honours program is extremely specialized, and the courses are quite difficult. This program is designed for students who want to study physics in-depth in preparation for graduate school and a career in academia or industry.

The University of Waterloo is highly renowned for its academic programs, its excellence in research and teaching, coupled with endless opportunities in co-operative education. Waterloo, which is at the vanguard of innovation, promotes a culture of inquiry, discovery, and global responsibility. Providing exceptional physics courses, Waterloo institution is one of the best decisions an international student can make. The program of physics strongly encourages students to make deep and profound inquiries about the galaxy, light, shadow and other

curiosity-driven research and discovery questions. With a wide range of programs, the University of Waterloo is influencing the future by addressing global issues that will have a long-term influence on the globe.

The Faculty of Science at University of Waterloo offers 21 programs, each of them with a number of majors. By giving the chance to pick and explore from more than four physics related programs, the Faculty of Science makes distinguished endeavours in the field of physics. Life Physics, Physical Sciences, Physics, Physics and Astronomy are the top physics programs found at this faculty which also have a beneficial influence on the research of natural laws and processes of non-living matter. Life Physics, which is run by the Department of Physics and Astronomy, is one of Canada’s largest and most creative physics programs. This adaptable and multidisciplinary program is founded on a strong foundation in physics, chemistry, and biology.

The University of Alberta discovers, disseminates, and uses new information in a lively and supportive learning environment via teaching and learning, research and creative activity, community participation, and collaborations. Since this higher education institution gives a national and international voice to invention, deciding to study physics will have you reach outstanding achievements in discovery. As the fifth top Canadian university and one of the most valued institutions in international rank, Alberta caters its students not only with outstanding study programs but also with real work experience during their studies.

The University of Alberta’s Department of Physics covers a wide range of study fields, from astronomical-scale investigations of the Universe to hypotheses concerning infinitesimally tiny subatomic particles. Some of the most highlighted research areas found in the Physics department are Astronomy and Astrophysics, Biophysics, Computational Physics, Geophysics, Plasma Physics, as well as Space Physics. Because various areas of study must collaborate to solve the mysteries of our planet and beyond, these research centers are frequently disciplinary in character. Part of the Faculty of Science’s mission is to build a portfolio of teaching and research areas in which the faculty is or will be regarded as a global leader.

Laval University is a well known institution in the global scale that delivers lectures in French. With its excellence in education and research, this higher education institution has striked many other Canadian universities. By providing physics studies, Laval University teaches students to be active and creative in order to become model scientists and make a significant effect on the direction that society takes. This motive is driven by a deep-seated culture of sustainable development. For 350 years, Université Laval has proven its dedication to addressing society’s most pressing issues by teaching tomorrow’s leaders how to attain their goals.

At the Faculty of Science and Engineering, international students can find the program of Engineering physics which is multidisciplinary in nature. The Bachelor’s degree in Engineering Physics will enable you to understand the fundamental concepts of physics and mathematics while also mastering the essential concepts of engineering. The biggest advantage of this program is the experimental learning — most of the classes will take place in brand new laboratories which are equipped with the most recent technologies. Interested in puro physics studies, the Physical program will leave you with a rich choice of three training levels: Baccalaureate, Master’s with thesis and Doctorate.

Being one of the oldest universities in the British Columbia province, this university offers some of the most competitive programs, counting physics as the first appealing option to international students. The university has two campuses: one in Vancouver and one in Kelowna. The main campus in Vancouver is close to many beaches and has spectacular views of the North Shore mountains. This outstanding campus hosts the Department of Physics and Astronomy, in which international students can immerse in student life and at the same time get to enjoy the road to the destination of being a physician.

At the Department of Physics and Astronomy, every student and staff member is committed to take turns that will create better possibilities for research. Undergraduate programs reflect the faculty’s breadth, including programs such as Astronomy, Honours Biophysics, Engineering Physics, Majors Physics, and Honours Physics, as well as several options for combined degrees with other departments and programs. On the other hand, the graduate program is devoted to experimental workings and theories in research, with a clear focus on Cosmology, Gravity, Medical Physic, Nuclear Physics, Particle Physics, to mention a few. Laboratories intended for physical classes are found in the historic Hebb Building and Theatre and have all the needed facilities to profoundly study aspects of physics.

As the main aim of McMaster University is to make exceptional discoveries, distribute knowledge and make a positive impact on the lives of all the people, taking physics classes here will be highly rewarding. Faculty, staff, and students are working together to develop creative answers to challenging issues by combining pioneering research with a dedication to cooperation. Being part of the Faculty of Science whose outstanding Department of Physics and Astronomy gives endless opportunities for groundbreaking research, will sculpt you into a universal physician.

McMaster University’s Department of Physics and Astronomy is dedicated to researching new areas of study. Together with faculty members, international students will easily join the quickly-developing research areas such as biophysics, polymer physics and quantum computing, coupled with studies of the most recent advancements in astrophysics, cosmology, condensed-matter and nuclear research. There are six undergraduate programs that the Physics and Astronomy department offers to interested students in physics, counting the Chemical & Physical Sciences which is a three year program, and then with Honours Astrophysics that takes one additional year to finish. The rest of the degrees are also four year programs.

Since its foundation in 1818, Dalhousie has been delivering quality education and cutting edge research opportunities in a variety of fields. More than ever before, the outcomes of research conducted at university labs and linked institutions are critical to human survival. Being a physics student of the Dalhousie’s Department of Physics and Atmospheric Science means that you will work closely with professors who are successful in their own research careers. They encourage students to achieve academic success and develop wide-ranging expertise that can be expressed both inside and outside the classroom.

The Department of Physics and Atmospheric Science spans its physics programs in a variety of sub-disciplines. As for the undergraduate program, students of majors and honours can opt to complete one of nine physics streams. With hundreds of millions of dollars in research money brought in by faculty members each year, you’ll be able to apply for undergraduate student research employment. You could also think about pursuing the Diploma in Meteorology (DMet), which can be done as part of a four-year BSc in Physics or after completing a bachelor’s degree in any scientific, math, or other quantitative-based discipline. Graduate studies at the M.Sc. (Master of Science) and Ph.D. (Doctor of Philosophy) levels are thesis-based instruction.