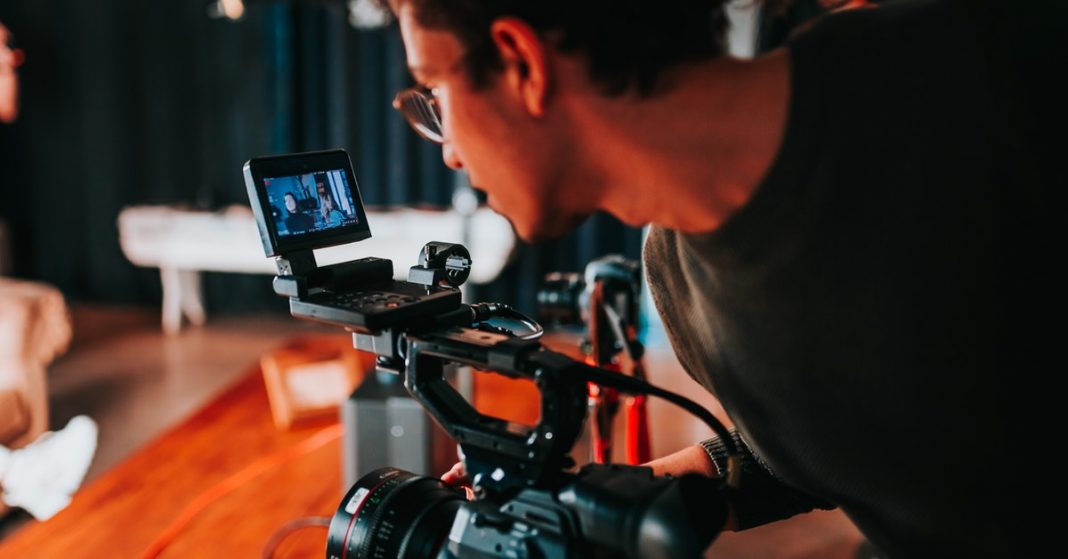 The film and television business in Canada has grown significantly in recent years, with a large number of domestic and foreign productions being shot in the country each year. Studying film production in a country like Canada is a great opportunity, although the film industry is quite competitive. Most of the higher education institutions in Canada offer financial aid and scholarships.

The economy of Canada is also busted by the film and television industry, so a lot of job positions are awaiting you. The quality of education that is offered in Canadian universities is of special importance. Your road to a successful career in film production will have you pick many job options, including film director, broadcast presenter, and multimedia artist, among others.

Here are some of the best film universities in Canada:

Just in the past five years, research funding and publications at Ryerson University have doubled. This higher education institution is devoted to creating a culture of action. All of its classes are associated with internships and co-ops, which make learning more actual.

You can pursue film studies at two levels, undergraduate and graduate. At the undergraduate level, you can pick the Bachelor of Fine Arts in Image Arts: Film Studies which gives you a deep understanding of technical and storytelling skills. As for the master’s level, you are offered the program in Film and Photography Preservation and Collections Management. This Master of Arts program is redefined by digital technologies. It provides professional education of applied and theoretical courses in the history, technology, and intellectual organization of image and audiovisual collections.

Ranked amongst the top 20 public universities in the world, the University of British Columbia is an educational hub. UBC encourages creativity and puts ideas into action. UBC has been providing opportunities for people with the curiosity, ambition, and vision to make a better world since 1915.

York University has paved the way for lifelong learning and steady success. This higher education institution provides a diverse range of degrees, programs, and opportunities to help you along your educational path. Apart from graduate studies, one can follow non-degree studies at York University.

When it comes to the field of film production, the School of the Arts, Media, Performance, and Design hosts the Department of Cinema and Media Arts. This department offers the Bachelor of Fine Arts in Film Production which has a comprehensive curriculum in all aspects of filmmaking. The curriculum combines in-depth technical training with a strong focus on cinema as a creative medium for narrative, social involvement, and self-expression. Additionally, students can also choose to continue their studies in this direction and take advantage of the Master of Fine Arts in Film: Production and Screenwriting.

Fanshawe College is dedicated to students who want to expand their knowledge by providing flexible learning arrangements and experiential education opportunities. Being one of the biggest colleges in Ontario, Fanshawe has four campuses located in London, Simcoe, St. Thomas, and Woodstock. The whole energy of this institution is devoted to unlocking the potential of its students. In total, Fanshawe offers more than 200 degree, diploma, certificate, and apprenticeship programs to students coming from all over the world.

In regard to film studies, one can find various full-time programs. The Advanced Filmmaking program, which allows you to write, direct, shoot and edit multiple films will prepare you to enter the film and television industry. Another program of a similar nature available in Fanshawe includes Broadcasting – Television and Film Production, which offers multiple delivery platforms and high-tech tools.

Humber College is a higher education institution that offers students a polytechnic education. Apart from teaching theory, Humber College adds practical teaching, as well as hands-on training and works with employers so that its students can learn in real-life settings. Getting a degree from this institution means that you will be equipped with an innovative and entrepreneurial way of thinking.

The Faculty of Media and Creative Arts at Humber College offers a number of programs that any student would want to explore. Depending on your interest, you can pick one out of five degree programs. The program in Film, Acting and Media Production will give you the space to express yourself. If you want to experience film, you can choose Bachelor of Film and Media Production – Honours Degree or Film and Multiplatform Storytelling – Ontario Graduate Certificate.

George Brown College is the reason why many international students pick Canada for pursuing their tertiary education abroad. The strongest reason for this is that George Brown College delivers its classes by combining theory and hands-on experience. As a part of this college, you will have the chance to work alongside industry professionals in applied research and field education opportunities.

Under the Faculty of Arts and Design, you can find the Film and Video Production program and explore all of the courses. This program will give you a guide to the creation of short films, stages of filmmaking, and other related aspects of the film industry. As you complete the Film and Video Production program, you will develop a fundamental knowledge of film history, screenplay writing, and low-budget production. This program will also have you explore the new technologies emerging from the film and digital video industries.

When it comes to film studies, one can choose various programs such as Film Production, Acting for Film and Television, Writing for Film, Television & Games, to mention a few. The program in Film Production enables students to explore the five key disciplines of filmmaking: Directing, Cinematography, Producing, Production Design, and Post-Production. This program will also help you expand your filmmaking techniques while you dedicate your time to final projects. It is globally known that Vancouver Film School graduates are some of the most successful professionals in the entire acting industry.

Located in the lively and multicultural city of Montreal, Concordia University is one of the most well-ranked institutions in North America. Knowing that Montreal is a student city, many international students feel at ease picking Concordia University as a hub for getting knowledge. This higher education institution offers a rich choice of programs in film and moving image studies. Most of its programs are supported by multidisciplinary and transnational approaches.

By following one of the programs in the field of film you will develop the tools and visual literacy necessary for aesthetic, historical, and cultural analysis of cinema and audiovisual media. At the undergraduate level, you can choose a number of degrees, such as Bachelor of Fine Arts Major in Film Studies, Bachelor of Fine Arts in Art History and Film Studies, Film Studies Undergraduate Admissions, and Specialization in Film Studies. As an international student, you can continue your film studies at the master’s and doctoral levels, by also being part of a vibrant research community.

Simon Fraser University delivers world-class education and is highly regarded among a number of international educational institutions. At SFU, you will find a rich campus life with a lot of opportunities to connect with people, explore new ideas, and engage in social activities that help you grow as a person. The education that this university has to offer will equip you with knowledge and experience that prepares you for life and makes you face challenges in a more acceptable manner.

The School for Contemporary Arts offers film programs that are combined with rigorous technical training. The program in Film offers three study options, a Major in Film, an Extended Minor in Film, and a Minor in Film and Video Studies. The Film Major is offered under the Faculty of Communication, Art and Technology which also works closely with local and global instructors and professionals.

Toronto Film School is committed to making diversity, equality, and inclusion an inseparable part of the learning experience. By choosing the Toronto Film School you will be guaranteed a welcoming atmosphere and a warm place to express your values freely. You can start your path to success in the film industry by exploring various programs at this school.

The Film Production Diploma is a program that offers an intensive and thorough education that covers all areas of filmmaking. By picking this program you will experience every aspect of pre-production, production, and post-production while also learning from distinctive filmmakers. If you have acting aspirations, make sure you pick the Acting for Film TV and the Theatre Diploma. This diploma will have you explore artistic, technical, and business areas of acting.

The high-ranked universities and the cultural diversity attract international students to study in Canada. The cost of living and studying in Canada is lower...
Studying in Canada

Reasons to Study in Canada

Canada has a deserved reputation for being one of the happiest and friendliest places in the world and one of the safest. Canada embraces...
Studying in Canada

Recognized as a robotics innovator, Canada hosts some of the best universities for robotics. Therefore, getting a degree or diploma in Robotics and Automation...